How To Use Core Signals 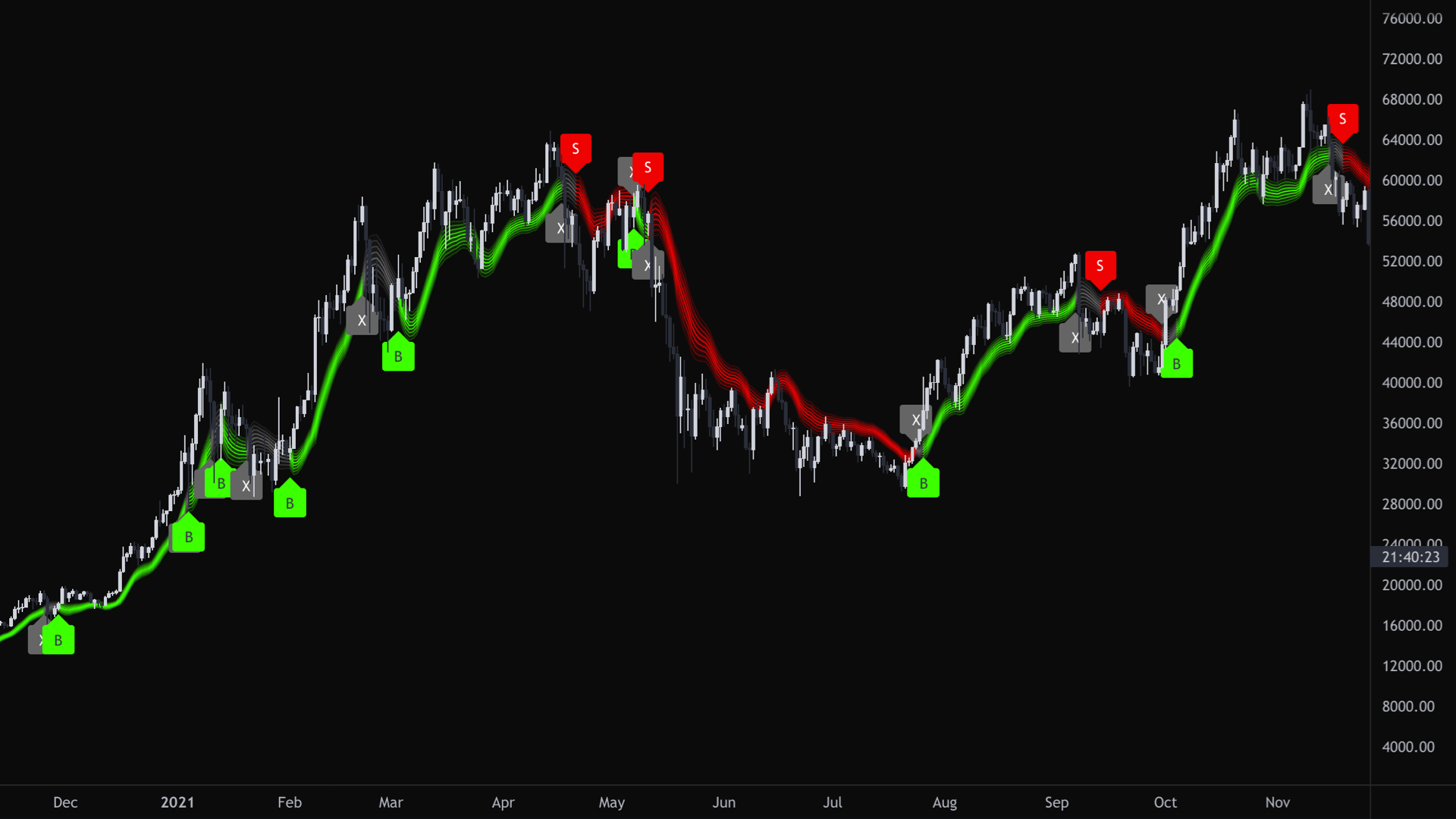 As the indicator is already tuned to Bitcoin, the most effective timeframes are on “Swing Mode” and on any timeframe from 1hr and up. The higher the timeframe will mitigate ranging areas. This keeps a trader in the position longer to catch larger and higher timeframe moves.

As the user goes into other assets that make larger percentage moves during the user’s trade session we recommend tuning the indicator so that the “Bands” conform to the current Price Action of that specific Trading Pair.

Using extra tools such as the Dashboard and Screener allows the user to see more of the market while watching the current Price Action of that specific trading pair.

For Beginner users that want to mitigate loss, we also recommend ticking on the function Current Trade Data to see levels where Stoploss and Take Profits can be used as well. Remember these levels are built off of a set percentage and may not be relevant to the current Price Action. This is also useful in a method known as trailing stop loss which means that as Profit Targets are hit a user can choose not to Exit part of a position but to move up their stop loss. As an example, when Profit Target 1 is hit then the user can move their Stoploss to Breakeven, and then further as Profit Target 2 is hit the user can move their Stoploss to Profit Target 1, and so on. That specific strategy is effective on higher timeframes such as the 4hr or Daily so that the user stays in the trade fully and for a longer period.

Regular and Hidden Divergences with this strategy also help the user prepare for upcoming trades or exit trades they are in as Diverging Strength to the Current Price Action indicates a higher probability of reversal or retracement.

Adherence strictly to the Signals when they Enter and Exit a trade is also recommended but it is the user who ultimately can choose to stay in trades longer or shorter than the signals show.